He swung his arms up in the air, frantic,
as if he were trying to scoop the wind into the warm
embrace of the cloud;
the sun was a myriad of yellows that day
with its bursting rays aimed directly onto his street;
a droplet of sweat ran as evidence

He said not a word, just waved his limbs, frantic,
his mouth ajar, slightly
catching the heat;
the streets ablaze in silence that day
with the temperature too high to be welcoming;
the squint in his eye showed evidence

He waved to the figure standing off in the distance, frantic,
sure that they could see him from there
overheated and hallucinating
he closed his eyes;
his mind drifting back into the reality he nearly left
where the soft sound of a voice tinkered his ear drum;
“sir, can you hear me?”

I whistle while I work,
a way to force the wind from my lungs
into my throat
through my lips
to stay alive

I whisper when I fret,
a way to force the words from my mind
into my throat
onto my tongue
to stay alive

I whimper while I rest,
a way to force the pain from my heart
into my eyes
down my cheeks
to stay alive

I wander when I walk,
a way to force the will from my soul
into my mind
around my being
to stay alive

He sat undaunted, still
his mind too jumbled for walking to ensue
and he couldn’t seem to trust himself
so there, he sat
the black bench, ordinary
but vital to his sanity as of yet
his view of the dewy grass sprawled across the park inspired nil
coffee and breakfast smells sent hungry animals dashing
across the sidewalk near his dark brown shoes
and there, he sat
replaying the look in her eyes
as he said those words, his truths, his mistakes
and as she moved through emotion
so quickly, all the “what? no!’s”
the “I ..don’t think I want to see you right now’s “
and “GET THE FUCK OUT!!’s”…

without a question
he grabbed his coat
unsure why he’d done that, it was summer
but his mind was all confused
because he had to say something,
he had to tell her
something…

Inside I simmer,
A cool demeanor ravished
beneath my skin
by a raging avalanche
of flames hurtling
upwards towards my tongue,

It started with the garlic
laying nude on the cutting board

careless of the stink
that the onion cast its way.

Up on the shelf
the moody sea salt offered up some spice,

while pepper sneezed
a few remarks of disdain either way.

I’ve found fire through the coldness of her warm hands
flame so hot and bright, white light projects across the sky
water dripping from her fingertips making oceans near her feet
and there I stand, my hands cradling around her own
not a word shared between, let the silence be renown
She shivered into the air, her breath a gust of raging wind
Anger escaping from within
Her frame, still a cold, delicate mess
The light in her eyes grabbing at me, again, just as it had at dawn
I searched within her honey filled eyes for the words her lips were too blue to say
The fire in her palms growing yet her body, glistening ice
“I’ve found fire” she thought so hard I heard it travel from her mind
And into mine, but in that instant, a sleep befell her
The fire through the coldness of her warm hands
with the flame so hot and bright that white light projected across the sky
slipped between her fingers, beneath her knuckles
and tucked itself into my palms
setting loose a raging anger within

Shot to the throat

My secrets kept me warm,
worn tightly knit across my chest and weaved
down from my arms to my feet
words that I’d never speak
And there you were
honey eyes
begging to understand how I am
to tear down my cloak
and replace it with your arms

There I sat
nude, exposed
Those honey eyes casting flames
against my pale, cold skin
sparking the heat once again

Words fly past your ears
to the empty space behind
while your eyes
intend to convince my heart
that it cannot possibly be  how I say, as I say
instead
that I remain a lie
everything about me, for me,
of me
a treacherous untruth concocted to drive you into your personal hell
and all I can do is sink further into myself
and quiet my voice
as it will otherwise go unheard
so
I bury my feelings, my thoughts, and beliefs
until they can no longer breathe or exist
and I become everything you want
to ensure your smile stays
and the smile that I plaster across my face
will cover my tragedy 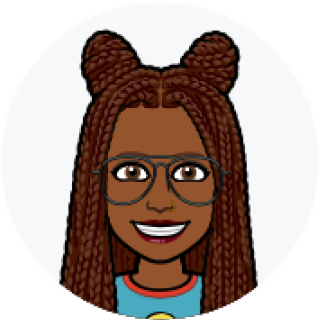 I write what I know, what I've seen, what I've dreamed and what I could never imagine.